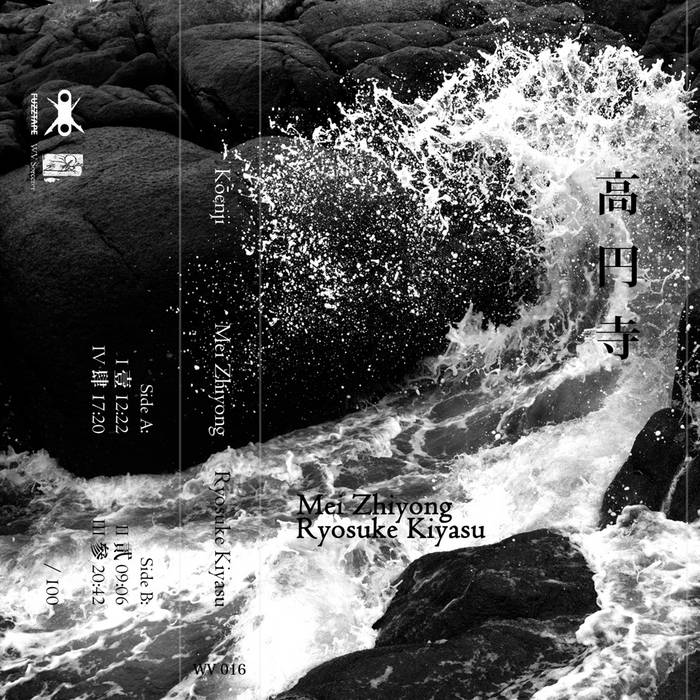 The shipping cost shown on bandcamp is for standard shipping without tracking, if you prefer registered shipping, please contact us.

Ryosuke Kiyasu
In 1995 he started his career as a drummer and experienced live performances in various bands. In 2003 he moved to Canada in North America in order to gain experience as a drummer and began to play solo with snare drums. Perform solo live mainly on the local jazz bar. Also, while living in Canada, he started hardcore band THE ENDLESS BLOCKADE and worked as a drummer.
From 2004 after returning to Japan, he started grindcore band SETE STAR SEPT and free jazz band KIYASU ORCHESTRA, and has released numerous works and has performed various tours to countries around the world. From 2012, he is also working as a band of Keiji Haino, a drummer of FUSHITSUSHA.
As a solo snare drummer, the countries that have performed in the past span the United States, Canada, Indonesia, Korea, China, Taiwan, Thailand, Mongolia.

梅志勇 Mei Zhiyong
Born in 1984 in Shangdong, China, founder of Fuzztape label and member of Nojiji noise group. Meizhiyong is one of the most important international noise experimenters and hardware noise instrument DIYERs in China. He is also active in independent film and photography. Meizhiyong considers noise as the carrier to break all the rules. Only impaling into nothingness can make you get rid of the contradiction between voice and body, and between body and mind. Strong physical action and the obsession of electronic / industrial pieces modification make each of his live performance unique.
Mei Zhiyong has toured in Europe, Japan and China several times since 2014. He is now becoming the new blood of the noise and the experimental music scene in Asia.