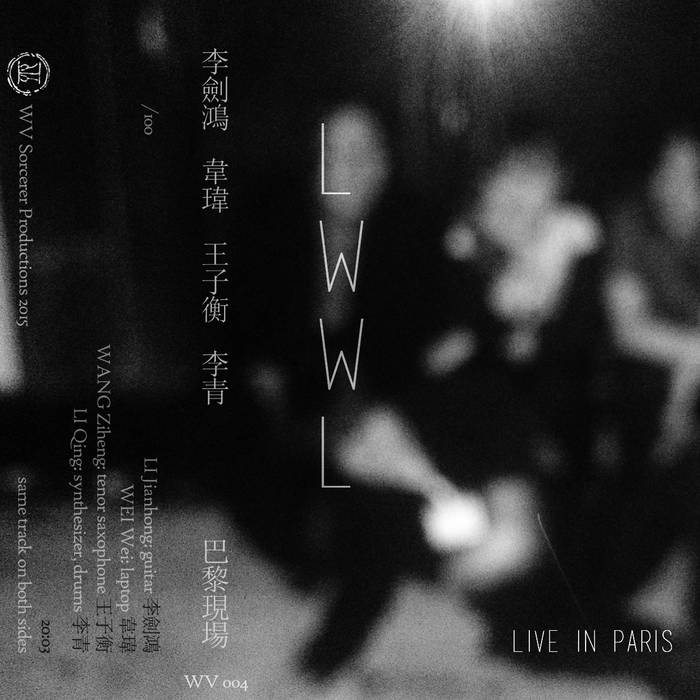 Li Jianhong is a Chinese free improv guitarist and a leading figure in mainland China's free improvisation music scene. His involvement in China’s experimental / noise / avant-garde culture started from the late 1990s, during which he was the founder of one of the earliest experimental/noise/avant-garde music label 2pi Records and later the label C.F.I, and also members of groups such as Second Skin, D!O!D!O!D!, Pisces Iscariots, VagusNerve and Mind Fiber. He also curated noise / sound art / Avant-garde music festival “2pi Festival” annually from 2003 to 2007, which was one of the most important festivals in the early development stage of China's experiment, noise and avant-garde music. During the same period, he also curated series performances and gigs named "Home Violence". In 2011, he cofound a new label "C.F.I" with VAVABOND, which delicates to promoting China free improvised music.

Over the years, Li Jianhong has always dabbled his feet in different genres, never resting on his laurels as an extreme purveyor of guitar drones. His style skillfully transfers among free improvised music, noise and psychedelic. Since 2008, he began to explore new directions under the name of "environment improvisation in the co-relationships between environment and performing. Besides his solo projects, his activities mainly involves with the band VagusNerve and the duo Mind Fiber.

By now, Li Jianhong has released almost 30 albums in labes such as PSF, Utech, Post-concrete， Archive， Sub Rosa and 2pi Records, which covers countries and regions such as China, the United States, Japan, Belguim, Russia, France and Hong Kong.

a.k.a. Wei Wei 韋瑋, lap top improviser, noise player.
Beginning from large volume noise made by Max/MSP, her current interests concentrate on free improvised synthesis and processed signals. With insects buzz and electromagnetics hiss as main inspiration, she explores the themes of "time" and "existence" in her work with time-based practice, mechanical and meaningless drones and clicks, and improvisational structures, especially those "environment improvised" ones.
Besides solo project, she is also member of the psychedelic noise group "VagusNerve" and free improvised duo "Mind Fiber".

Wang Ziheng is one active free improve/noise/psychedelic musicians in the new generation of Beijing's underground music scene. His solo performances is bold and full of passion. His profound understanding to avant-garde jazz and free improvisation is beyond his peers, empowering him with more possibilities. His performances of improved noise style remind people of Dionysus，full of euphoria and mean while sentimental. With great originality and creativity, his style is not restricted within in free improve or noiseaddopted. Even drone or rock could be addopted by him and enriched his music. Besides solo projects, he also has a psychedilic noise band Morning Wood.

Li Qing is one of the active female experimental musicians in Beijing. She has formed several experimental bands such as Soviet Pop, Rat "The Spy" 51. She is also the member of the band Snapline. In her performances and recordings, she uses various instruments including analog synthesizers, percussions and guitar. Li Qing has collaborated with many musicians both home and abroad as a free improved musician.